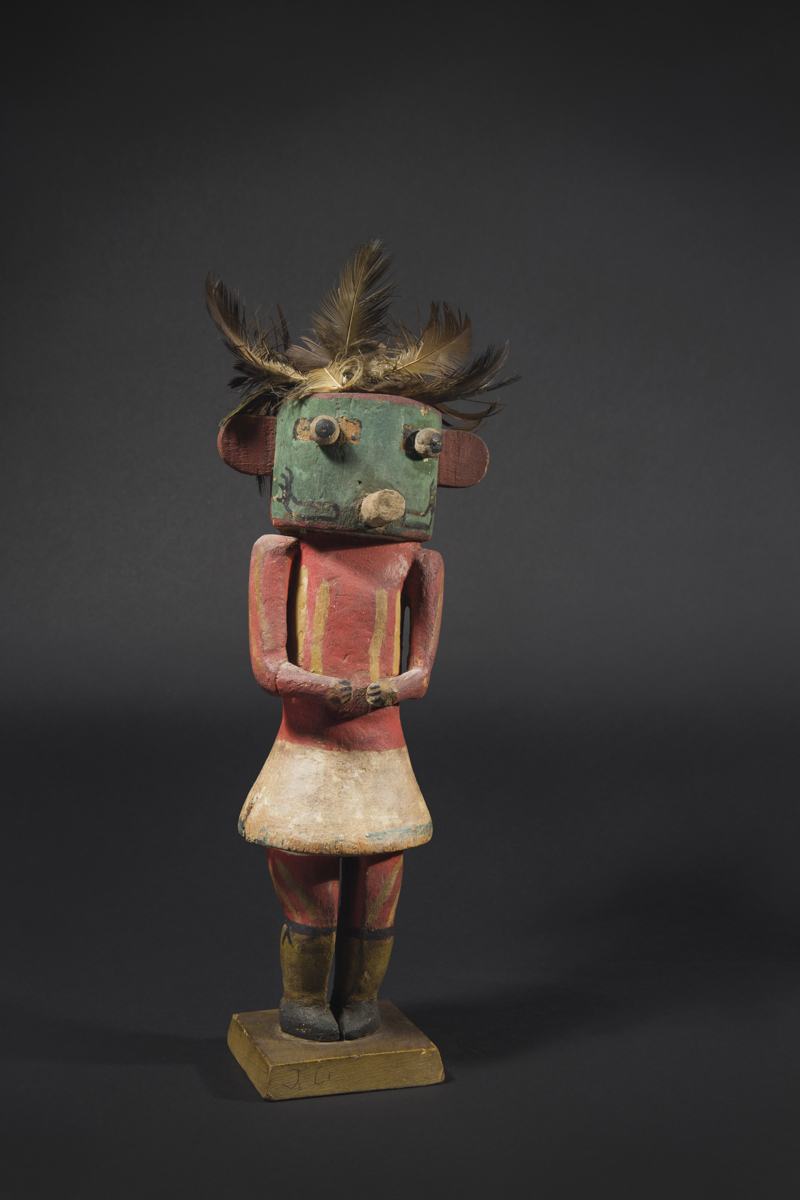 Read More
Kachina dolls (or katsinam) represent spirits or gods from the pantheon of the Pueblo peoples in the American Southwest. Given to children, kachina dolls constituted a pedagogical tool allowing them to familiarize themselves with the spiritual world and perpetuating knowledge of the founding myths on which their society was based.
The doll presented here is an archaic representation of the Water Serpent Kachina (Paaloloqang), who participated in the ceremonial dances preceding the summer solstice, its appearance perceived as a prayer for rain.
This kachina doll has a prestigious provenance (Heye Foundation, then Pierre Loeb, aesthete and pioneer among dealers), and is characteristic of works dating from earlier than the 20th century. The figure radiates an intensely poetic air, one that the Surrealists – fervent admirers and enthusiastic lovers of kachina dolls – would have undoubtedly celebrated in their time. 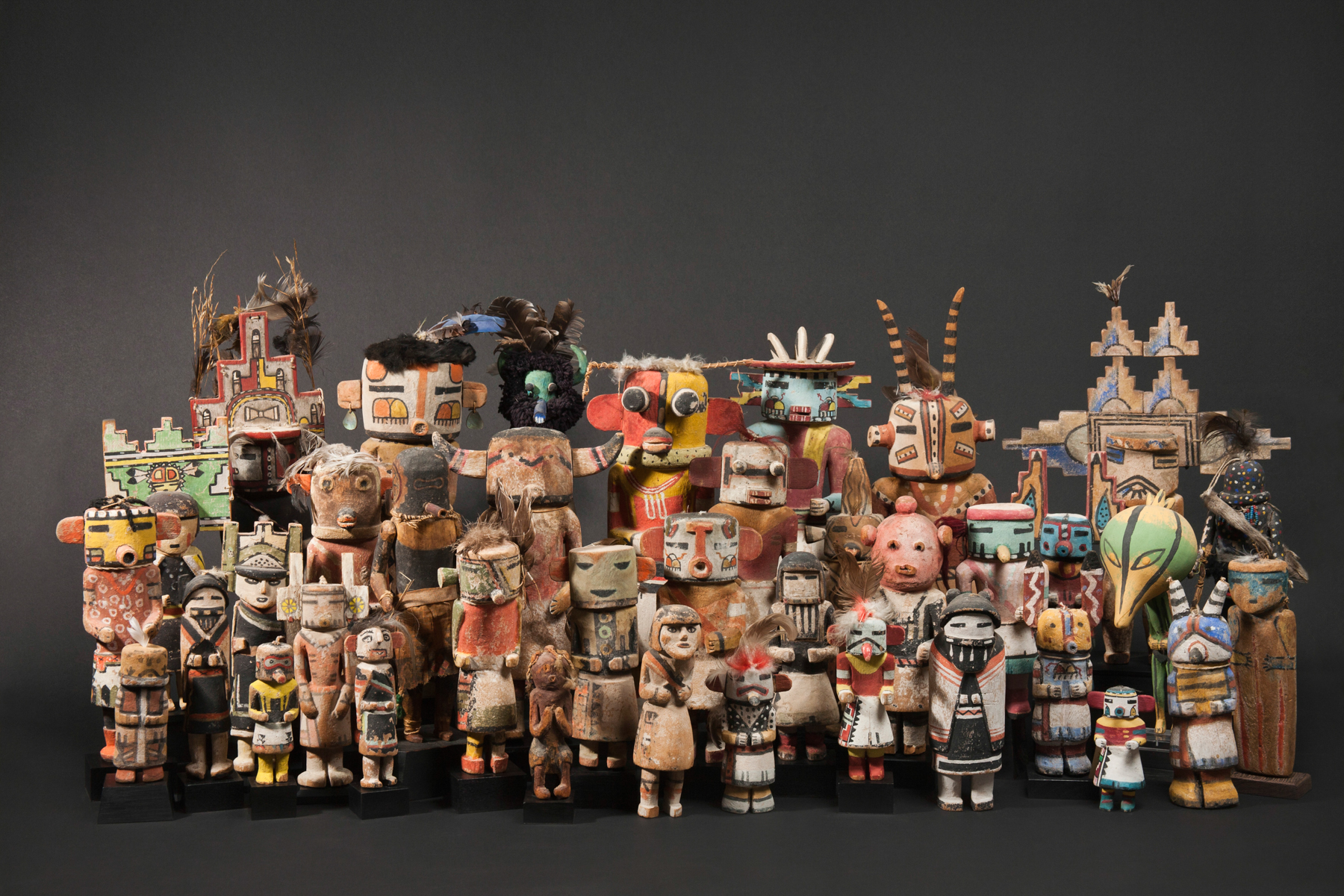