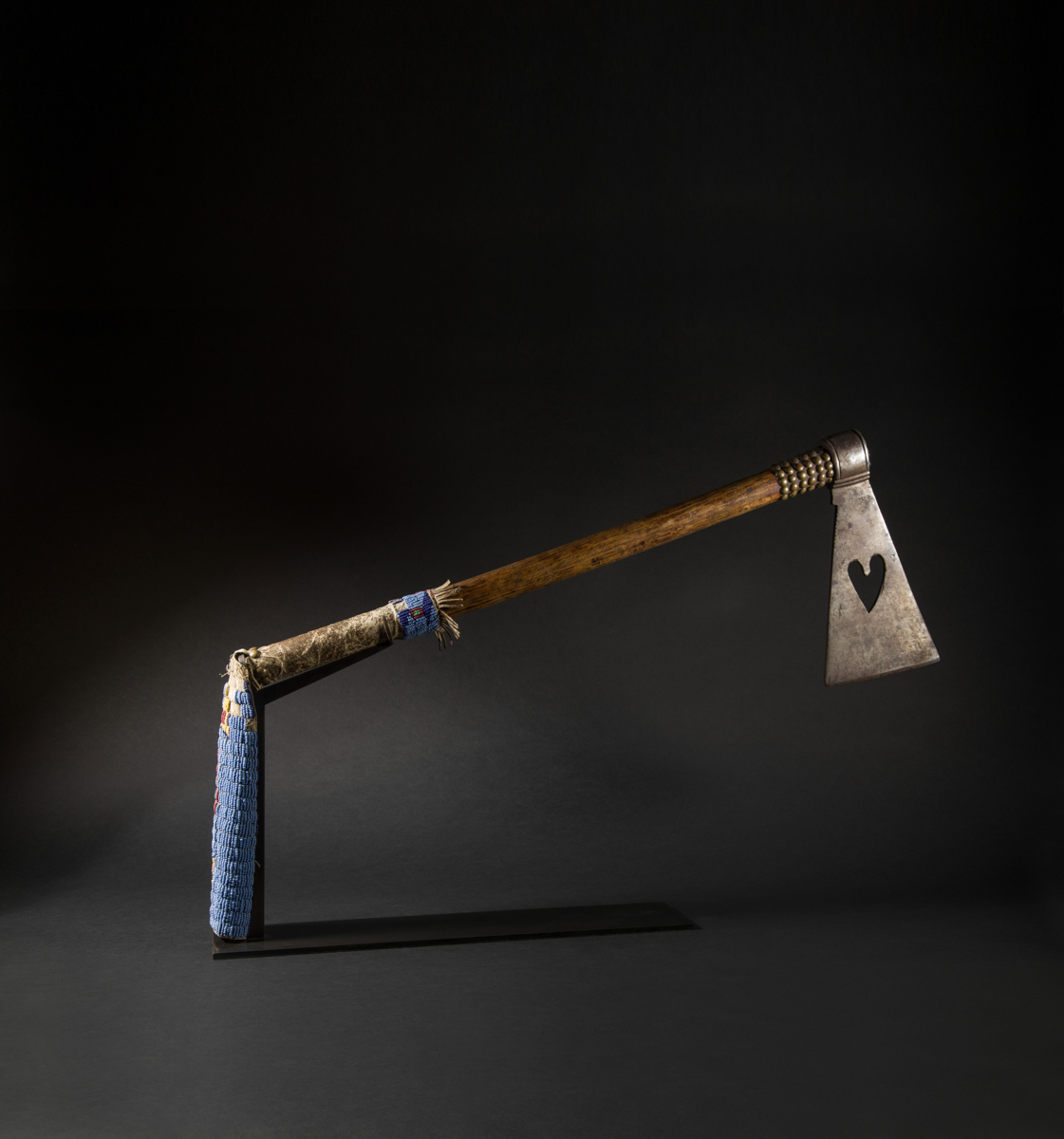 Read More
To the Plains Indians, tomahawks were highly revered weapons. According to R. Louis in “Tools and Weaponry of the Frontiersman and Indian”, the term tomahawk is a derivation of the Algonquian words tamahak or tamahakan. The earliest definitions of these words (early 1600s) applied to stone-headed implements used as tools and weapons. Whereas pipe tomahawks performed a variety of different functions, war axes were specifically made for battle. They were made iconic by early explorers like Karl Bodmer, who painted them in the hands of highly distinguished warriors. With the exception of very few blades made by Indian blacksmiths, tomahawks blades were usually manufactured in Europe and traded with Native Americans. Some axes were crafted in a most elaborate manner for presentation to important chiefs in order to commemorate treaties and seal friendships. The majority of them, though, were personalized by their owners. This particular example has a striking “bleeding heart“ motif pierced on the blade and a Arapaho beaded drop which suggests that the piece was valued, looked after and handed down generations after it was made. 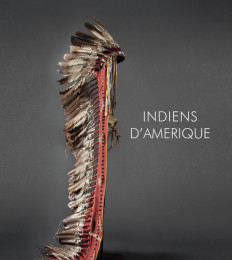