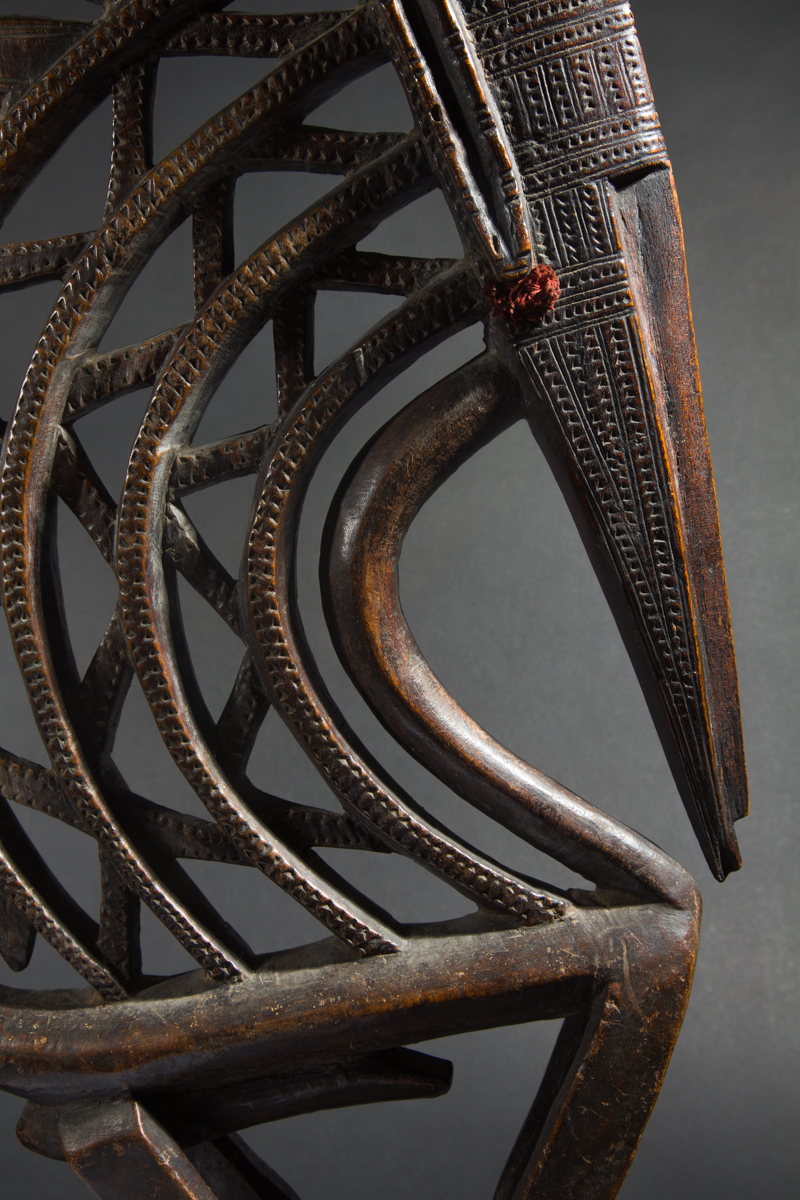 Read More
The majority of Bamana (Bambara) people are subsistence farmers.
As stated by the Metropolitan Museum of Art in New York, local oral traditions credit a mythical being named Tyiwara or Ci Wara- a divine being half mortal and half animal - with the introduction of agriculture to the Bamana. These headdresses, also called Ci Wara, are carved to honor that original mythical being.
Ci Wara masquerade performances begin outside the village in the fields and gradually travel to the village center. Women also play an integral part during the masquerading ceremonies by singing songs of praise for Ci Wara and the hard-working farmers.
On this superb, large headdress, the juxtaposition of negative and positive space and two-dimensional sculptural design is superb.