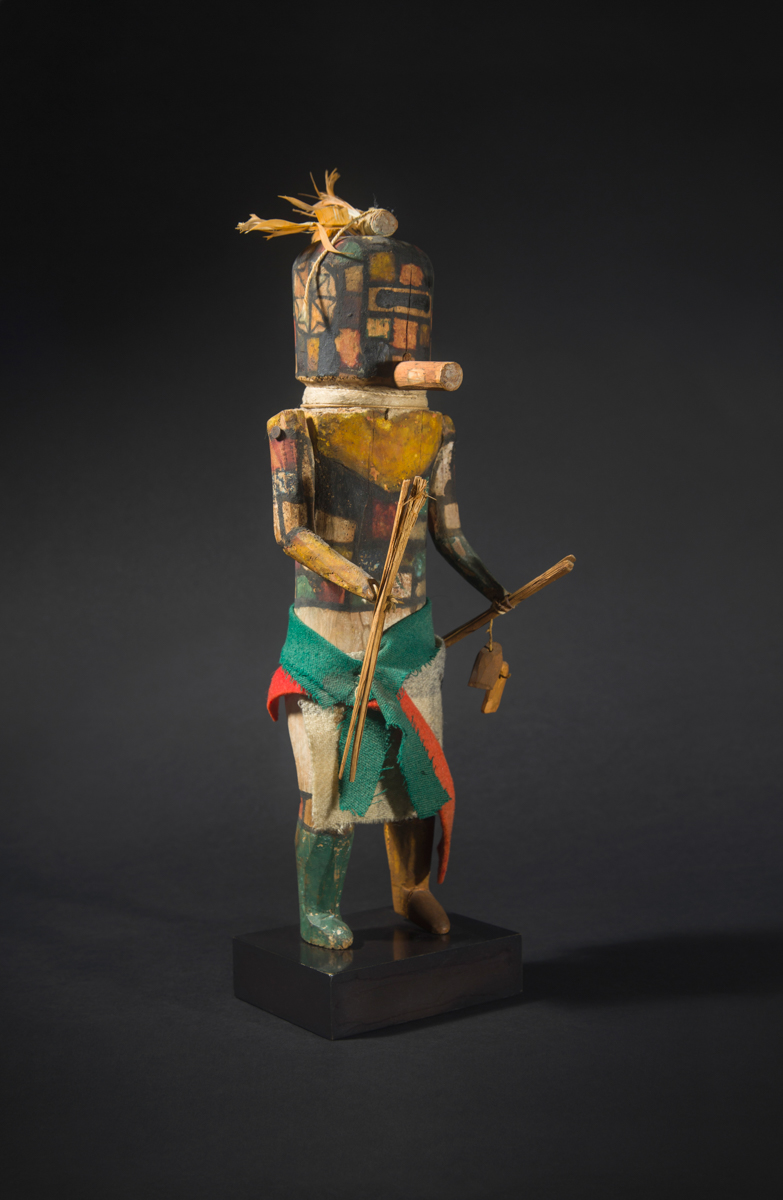 The many-colored warrior of the Zenith

Read More
Kachina dolls (or katsinam) represent spirits or gods from the pantheon of the Pueblo Indians in the American Southwest. Given to children, kachina dolls constituted a pedagogical tool allowing them to familiarize themselves with the spiritual world and perpetuating knowledge of the founding myths on which their society was based.
The kachina doll presented here is an extremely rare, polychrome representation of the Salimopia Warrior – his full Zuni name is: Salimopia Itapanahnan’ona (the many-colored warrior of the Zenith). In “Kachinas of the Zuni” (1985), Barton Wright indicates that the Salimopia are the incarnation of youth, beauty and strength. Members of the Council of the Gods, these kachinas guard the entrance to the ceremonial chambers of the Zuni Sacred Lake. Salimopias serve as messengers of the gods and are known particularly for their ability to summon the wind. They play a primordial role in initiation ceremonies for young Zuni and also appear during Shalako ceremonies.
The kachina doll illustrated here is particularly impressive in terms of its power, its dynamism and its color composition, reminiscent of certain works by Paul Klee. The richness of the costume and polychrome decoration, the magnetic presence of this tutelary warrior and its archaic nature make this 19th century kachina doll most highly exceptional. 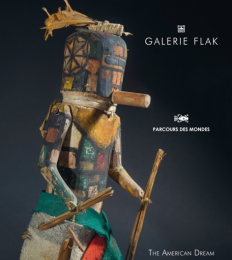