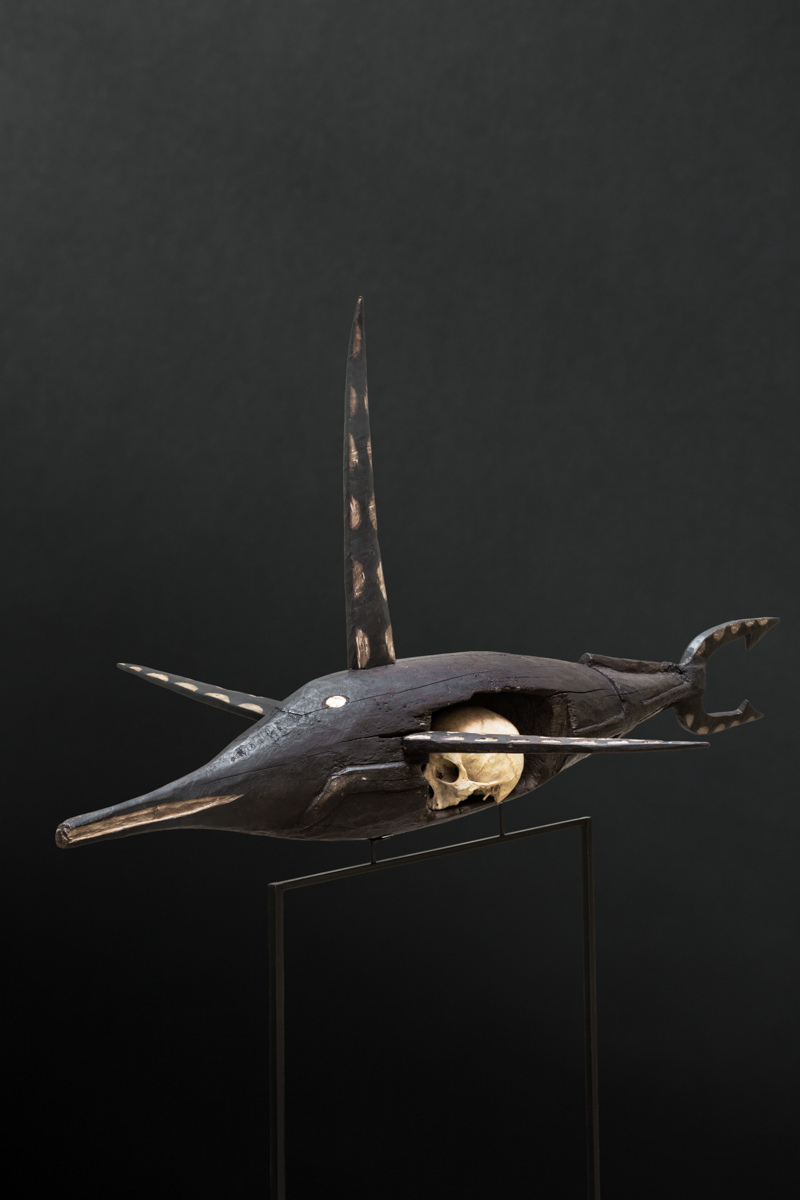 Read More
This is an extremely rare Solomon Islands bonito-shaped reliquary figure with a hollowed cavity at its center housing a human skull.

Such fish-shaped reliquaries were placed high up in the rafters of the boathouse where the large fishing and war canoes were kept, and where men gathered to discuss important community business.
As stated by the musée du quai Branly - Jacques Chirac, young men were initiated into these houses built by the sea. The reliquaries housed the skulls of the chiefs. The mourning rituals aimed at transforming the deceased into guardian and protective powers.