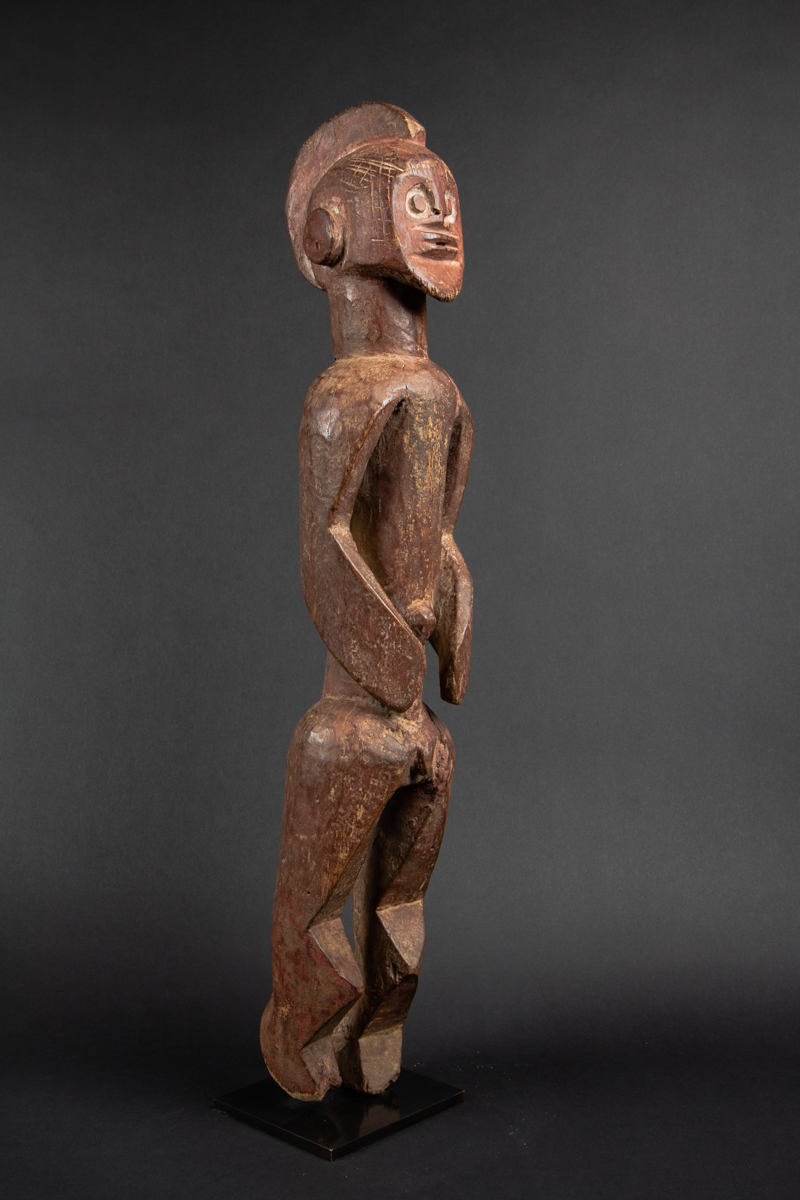 This figure is characterized by its remarkable dynamism, reinforced by the angular breaks in the rhythm of the piece that are so characteristic of Mumuye art.
The arms echo the movement of the torso and the facial features are intensely expressive. The composition of the figure illustrate how Mumuye statuary constantly reinvents its treatment of the human body. Great dynamism and fascinating juxtaposition of negative and positive space are evidenced in this Mumuye sculpture.