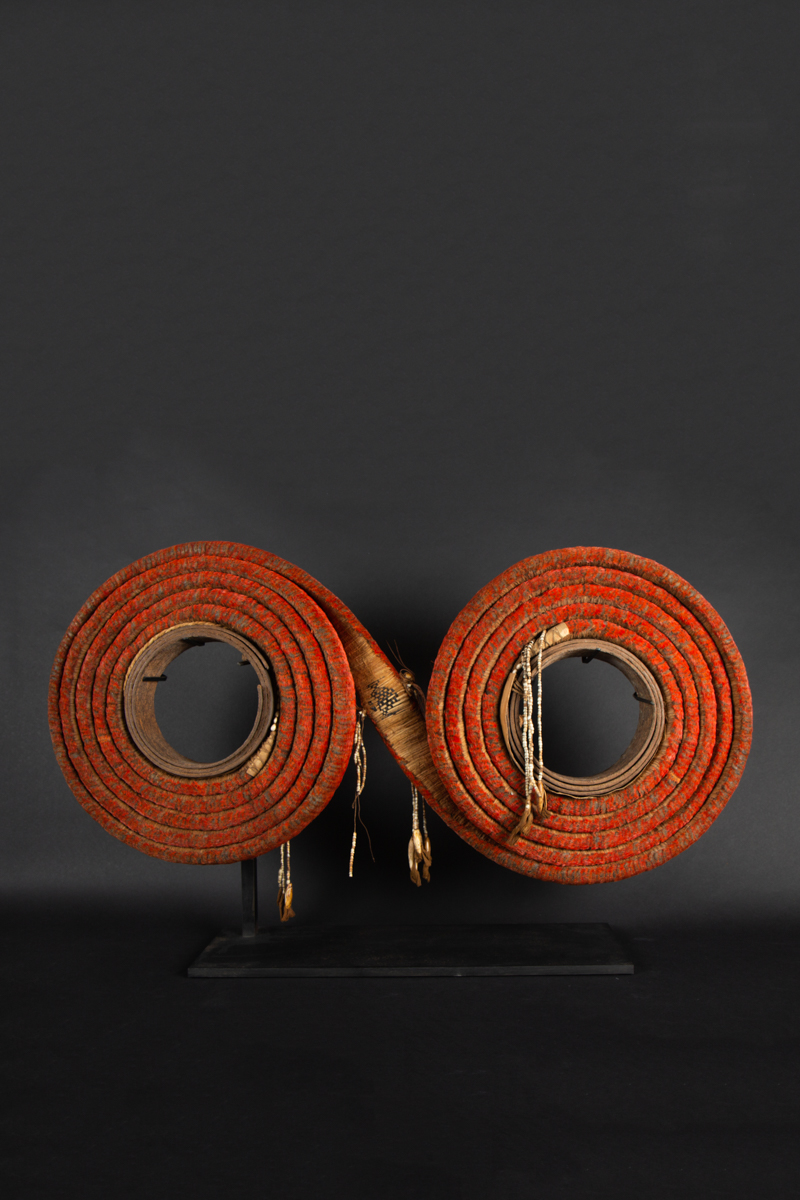 Read More
These red-feather money rolls from the Santa Cruz Islands constitute one of the Pacific’s most spectacular and graphic forms of currency.
Once uncoiled, this money roll called tevau is roughly 30 ft. (9 meters) long. A multitude of rectangular plates covered with feathers are overlapped and affixed to a fiber armature. The feathers are those of the Myzomelia cardinalis, a scarlet bird that feeds on honey.
Feather money was used in Santa Cruz as a form of currency for settling important obligations. Tevau were also given as payment on the occasion of a wedding as bride price.