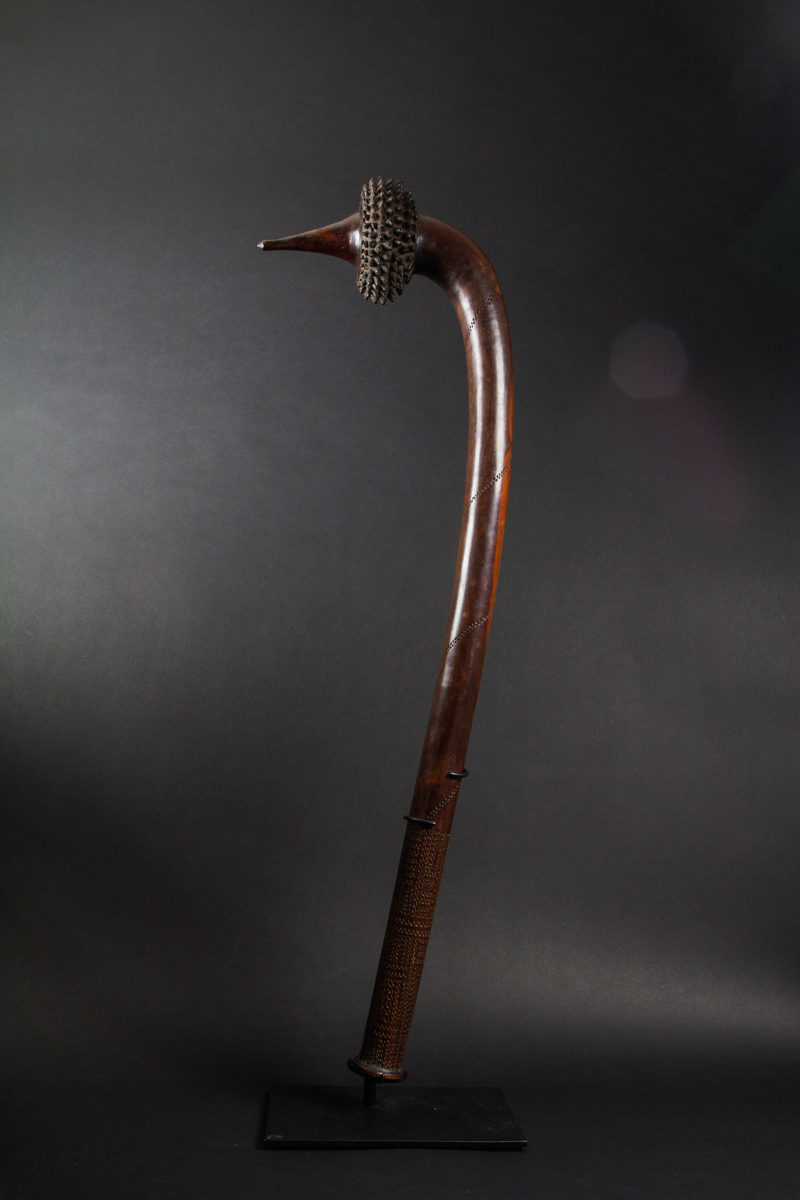 Read More
It was in 1643 that the Dutch navigator Abel Janszoon Tasman discovered the Fiji archipelago in the South Pacific. Traditional Fiji society was organized around clans and divided into hierarchal classes, with chiefs and priests found at the summit. War occupied a preponderant place within Fijian society. Battles served to reinforce the authority of chiefs as well as to multiply ties between different groups of allies.
War clubs conferred prestige on their owners, and were proof of their status as warriors.
Such Totokia war clubs were one of the arms preferred by chiefs because of their tremendous efficiency. The term « skullcracker » in this case could be taken quite literally... These weapons have sometimes been described improperly as « pineapple clubs » but the first known examples of totokia were carved before the introduction of the pineapple to Fiji.
The war club presented here is an exceptional example in terms of the quality of its sculpture.