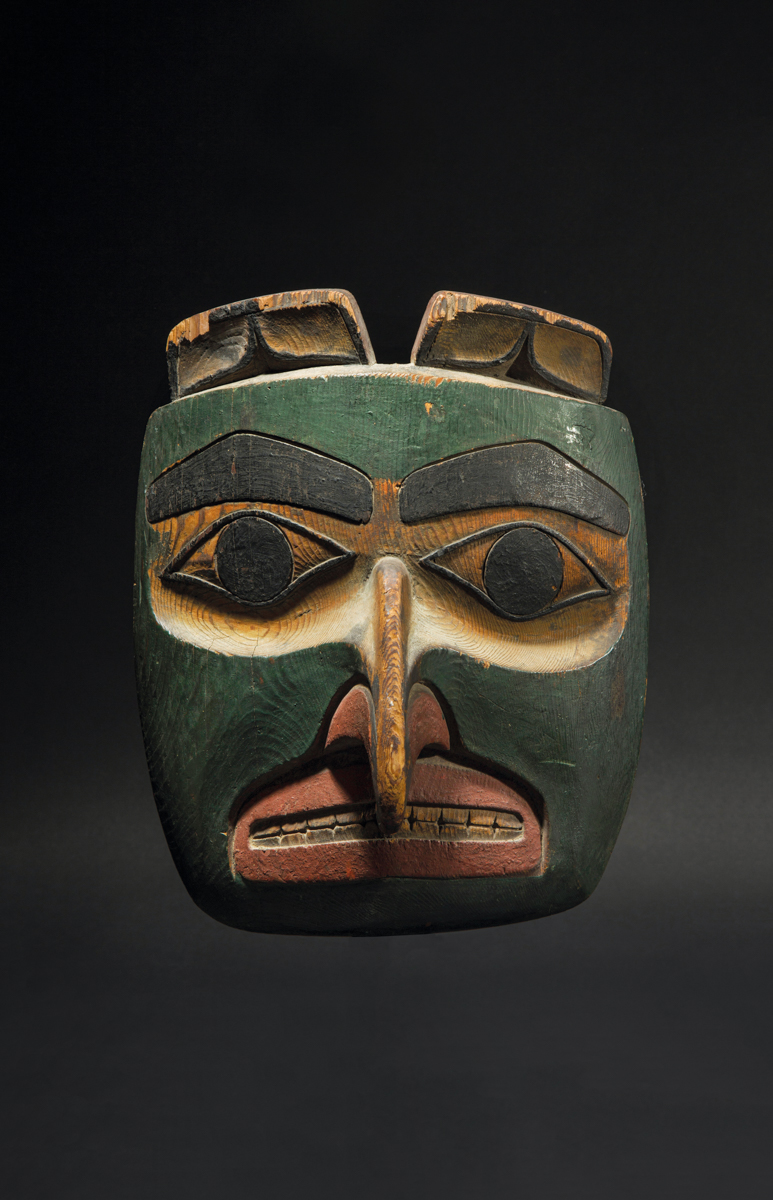 Read More
For hundreds of years, human groups have lived on the shores of British Columbia on the Pacific Northwest Coast of Canada. These civilizations have developed cultures of an exceptional originality based on complex cosmogonies. Their systems of belief and healing, founded on shamanism, engendered powerful and intensely poetic forms of art.
With the Haida to the west, with whom they had frequent contact, the Tsimshian used masks at chiefly feasts, in winter dances, and in shamanic performances.
The first famous collector on the Northwest Coast was none other than Captain James Cook who gathered ethnographic materials as part of his general fact-finding endeavours in 1778.