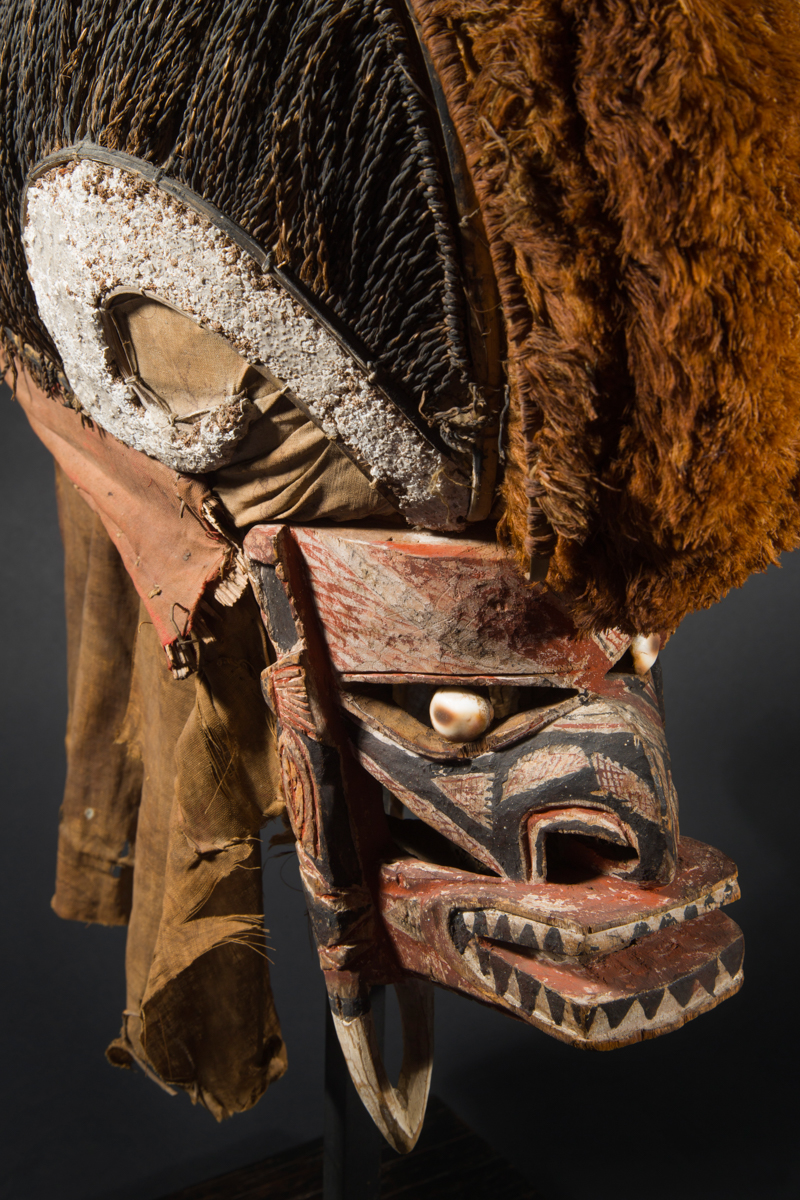 Read More
This impressive Tatanua mask is a particularly fine example with thoughtful execution of proportions, surface, and detail, and a fierce, aggressive expression.
As stated by Michael Gunn for the Barbier Mueller Museum, "every malagan object is a complex arrangement of symbols, brought together as a coherent whole – such is the genius of the art of northern New Ireland."
As early as 1907, Richard Parkinson published a description of a ceremony that he witnessed on a visit to New Ireland. According to his account, Tatanua masks appeared at the funerals of important community leaders and were carved to symbolize manly beauty and power.
This Tatanua mask comes from the celebrated collection of Hans Sonnenberg (1928-2017), founder of the Delta Gallery in Rotterdam and passionate connoisseur of African and Oceanic arts which he started collecting privately in the 1970s.