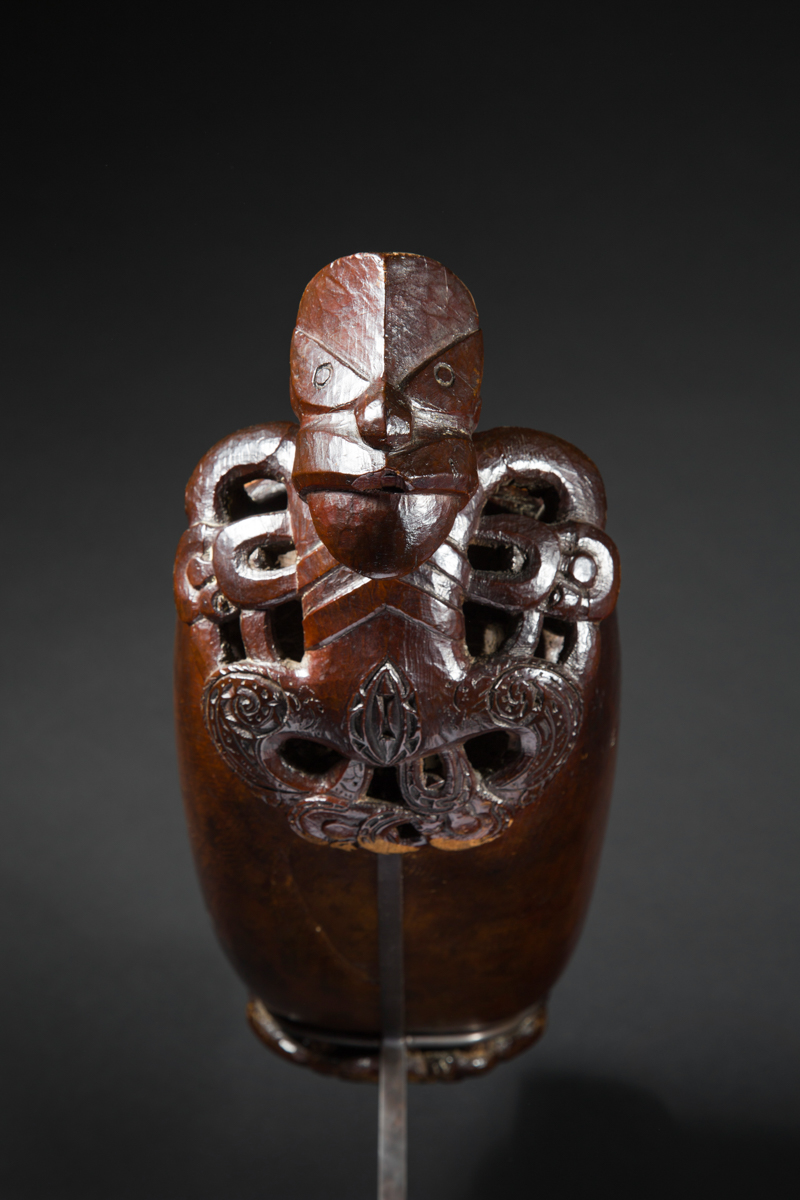 Read More
This treasure box was meant to store the most precious ornaments belonging to high-ranking individuals: hei tiki pendants and ornaments in pounamu (jade) – the sacred stone of the Maori – as well as the huia bird feathers worn by chiefs on their heads.
Both its oblong shape and its Maori name, wakahuia, refer to the waka, or canoe. Each extremity of the receptacle is ornamented with a projecting figure in high relief, a man and a woman. The tension of the curves and the quality of the carving contribute to the remarkable powers of evocation of the box. As for the cover, it is decorated with a scene recalling the mythical primordial coupling of Mother Earth (Papa) and Father Sky (Rangi).
Sculpted in hardwood, these treasure boxes were designed to be hung from the ceiling of the whare (dweling) not only to protect valuable objects but also so that their carved bases could be admired.
Considered to be taonga (Maori treasures), each box was given its own name. They were endowed with mana (supernatural power) and with tapu (a taboo linked to the status of chief), qualities transmitted by association to their owners.
Due to their value and prestige, treasure boxes therefore constituted a precious family legacy and were passed on from generation to generation.