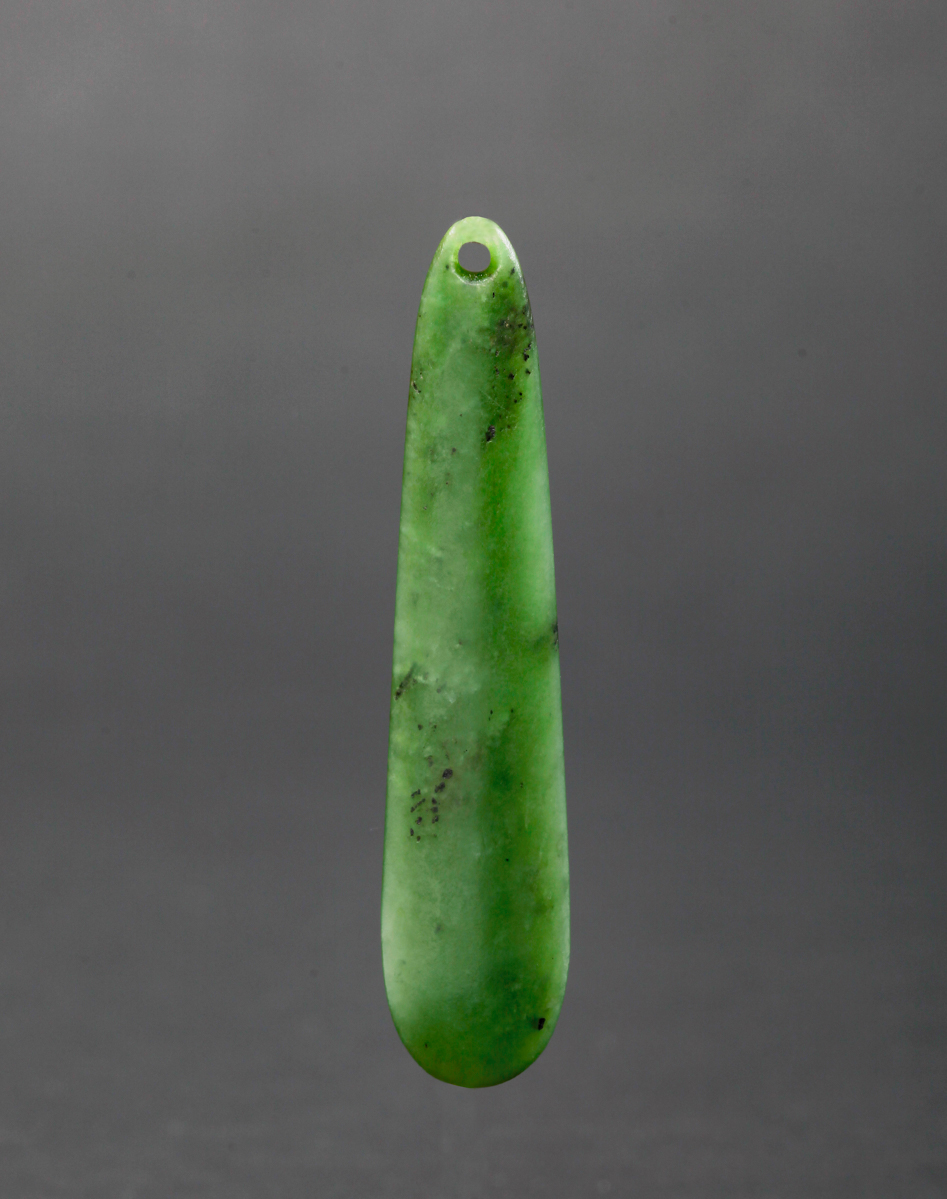 Read More
Maori Kuru pounamu are treasured ancestral heirlooms. They were often bestowed with personal names. Some famous kuru are known to have long tribal histories. Many were gifted by Maori to early European settlers, government officials, and military leaders as tokens of enduring friendship.

Maori ancestors valued pounamu for its beauty and for its quality of holding fine hard edges. Nephrite (jade) is still an important resource, sought after by craftspeople and lapidary artists as a precious gem for personal ornaments and sculptural works.
Maori artisans fashioned pounamu into personal ornaments such as hei tiki (neck pendants), kuru and kapeu (ear pendants), mere pounamu (greenstone weapons), and toki (adzes).
According to the Ngati Waewae people of the South Island’s West Coast, pounamu was once a beautiful woman called Waitaiki, from Tuhua (Mayor Island). Poutini, a son of Tangaroa (the god of the sea), fell in love with Waitaiki and abducted her from her husband, Tama-ahua.
Poutini and Waitaiki were chased by Tama-ahua to the Arahura River on the West Coast of the South Island. To prevent Waitaiki being taken back, Poutini transformed her into pounamu. Poutini is acknowledged as the spiritual guardian of pounamu, with the people and land of the West Coast of the South Island.