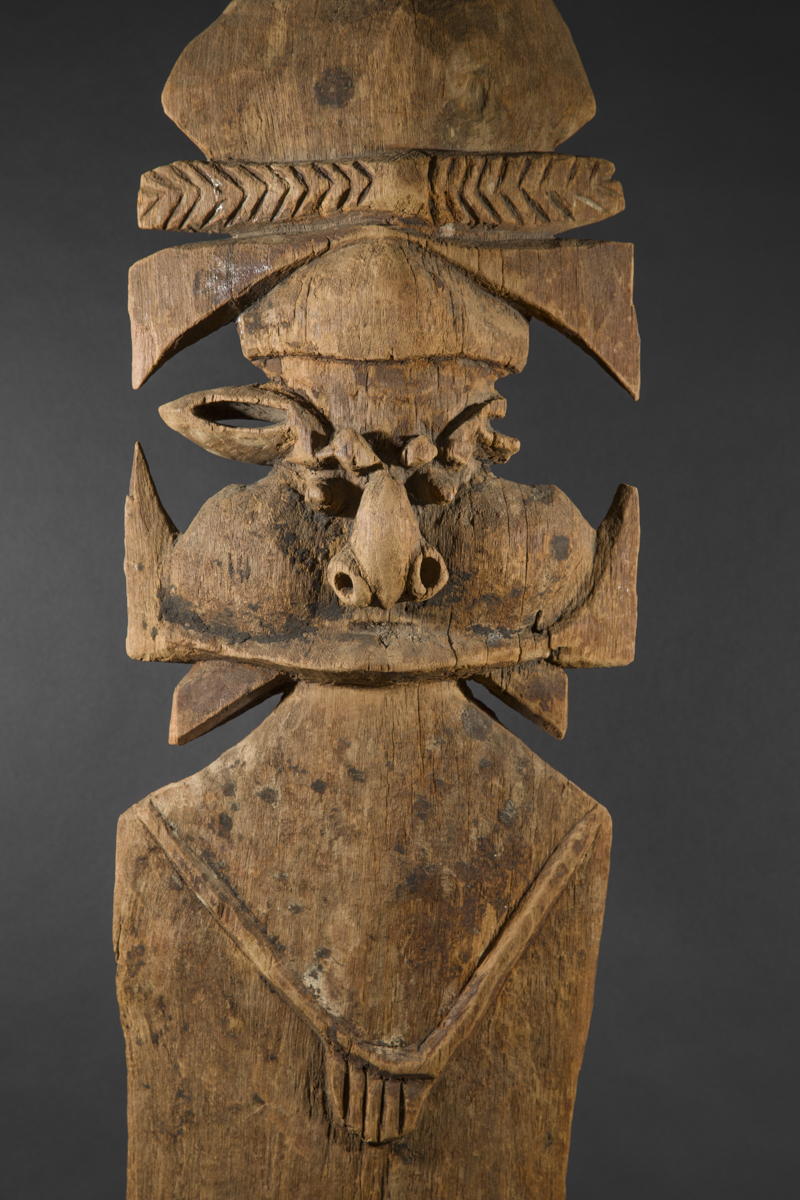 Read More
This sculpture is similar to the roof spires (Gomoa). These roof spires ornamented the summit of the conical roofs of the chiefs’ Great Houses in New Caledonia. They constituted one of the major symbolic elements of chiefdom. In each major village therefore, a chief's house was erected, the seat of power and center of sociocultural, political and religious activities of the clans within the structure of Kanak society. As Roof spires, Dream boards were placed horizontally in the chief's Houses.
At its center is a human head, its volumes powerfully indicated; at the level of the torso the figure presented here wears a « magic necklace », a rare and important symbol of the prestige and power of the chief.
Collected in situ almost a century ago, this roof spire constitutes a striking proof of the expressivity and inventiveness of ancient Kanak art.