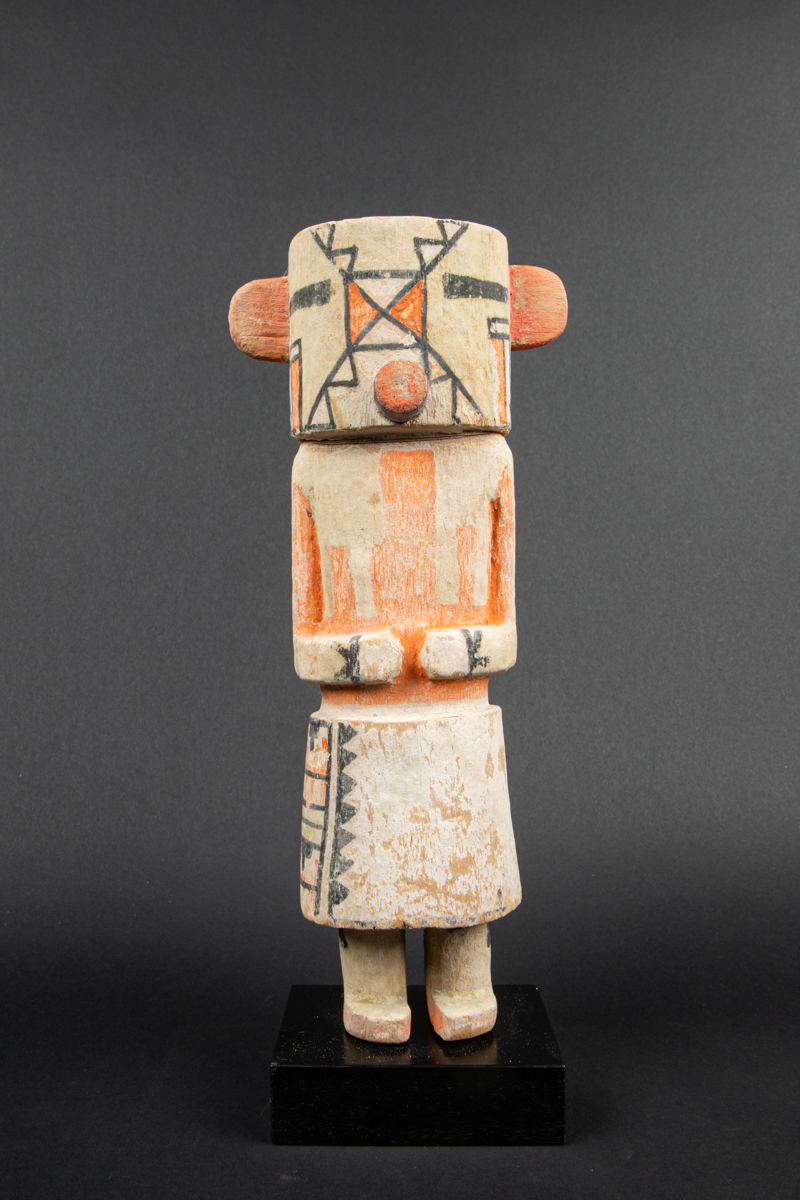 Read More
Kachina dolls (or katsinam) represent spirits or gods from the pantheon of the Pueblo peoples in the American Southwest. Given to children, kachina dolls constituted a teaching tool allowing them to familiarize themselves with the spiritual world and perpetuating knowledge of the founding myths on which their society was based.

The painted motifs on the mask of this Katsina figure are extremely uncommon. We have been unable to identify which spirit or deity of the Hopi pantheon this figure represents. It is presumably a Kachina Spirit which has not danced in several decades in the Hopi villages. Its name and role in ceremonies have not been passed on to the best of our knowledge.
As indicated by Barry Walsh, who owned a similar type of katsina back in 2019, Hisot katsina or "ancient one" has faded into history. No one he spoke to on Hopiland recognized this figure. 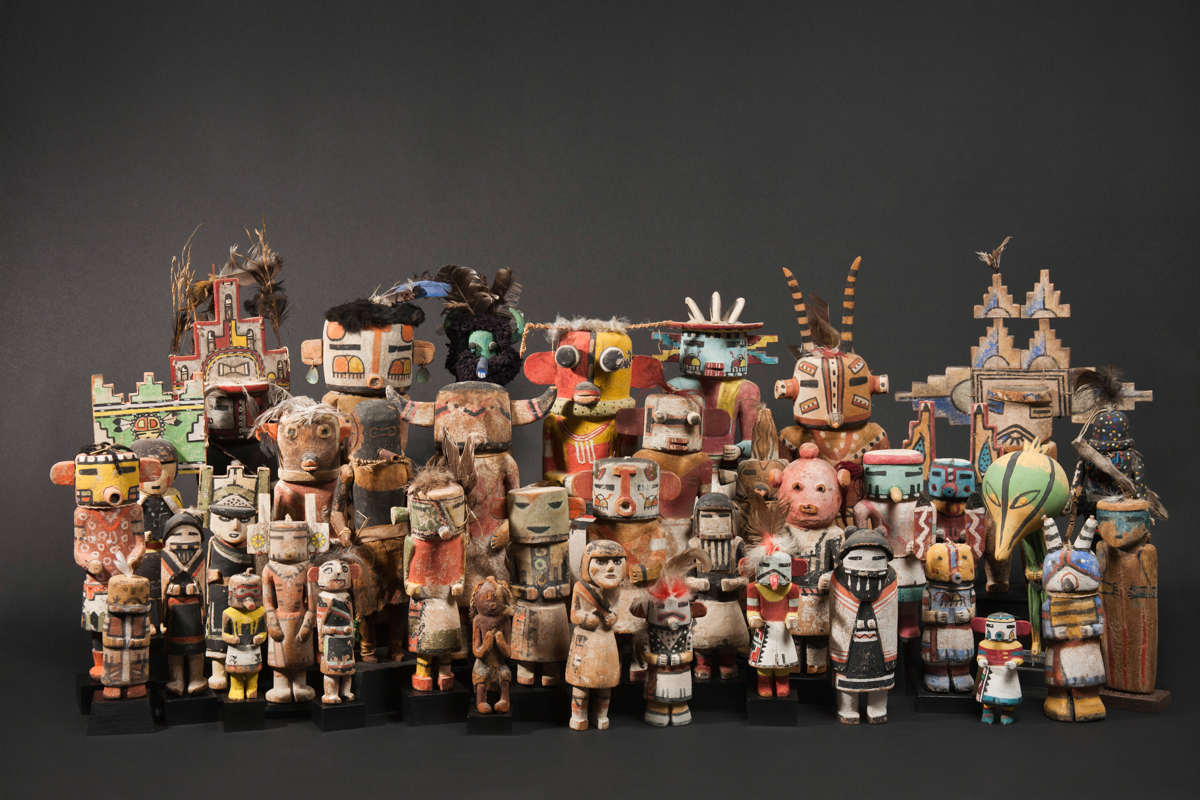