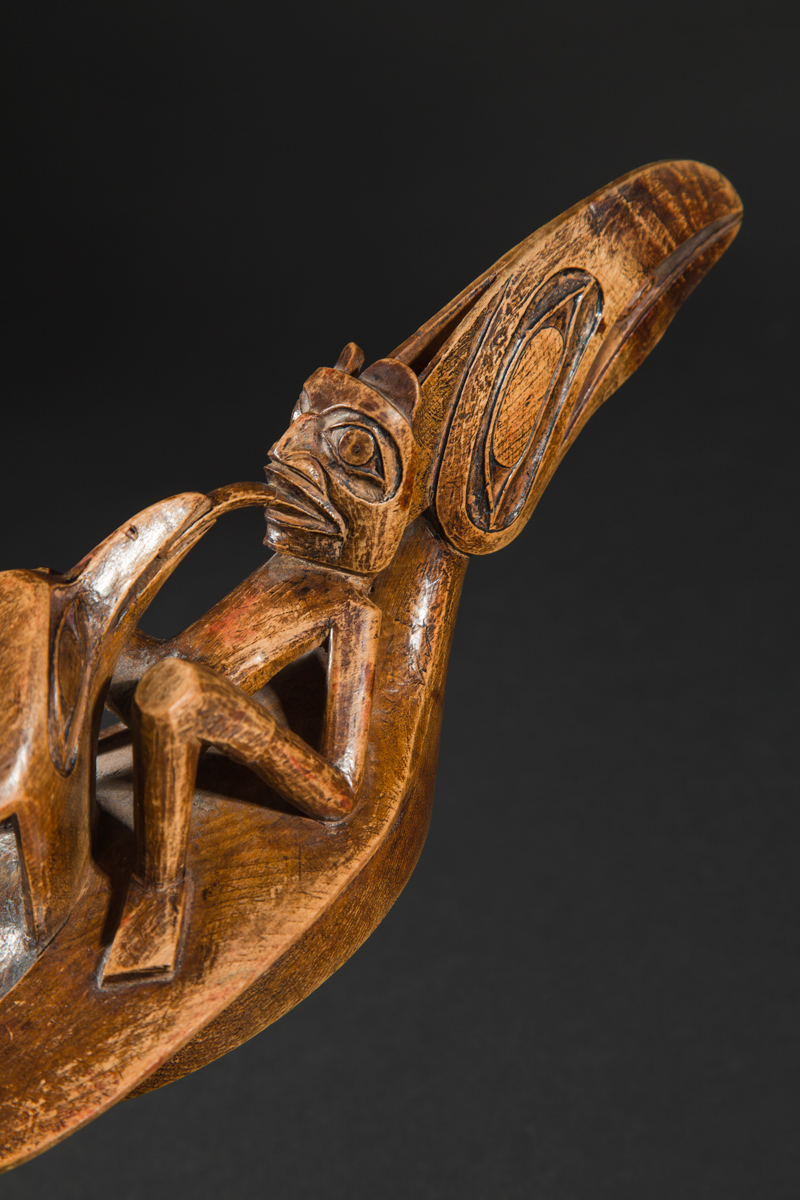 Read More
According to Allen Wardwell (see Tangible Visions, The Monacelli Press inc., New York, 1996), the rattle is a very important piece of shamanic equipment along the entire Northwest Coast. Its sound provided rhythm for songs, dances and chants, and attracted spirits to the séances. Wherever it was used, a supernatural presence was thought to be in attendance.
Raven rattles, such as the present example, were generally made by the Tlingit, and are the best known form of Northwest Coast rattle. Raven rattles were used by wealthy families in secular ceremonies, although a few were found in shaman’s graves. The use of «chief ’s rattles» proclaimed the shaman’s high social rank to his public. It should also be remembered that raven taught both shamans and witches the secrets of their crafts, and it would therefore seem logical that shamans would employ a rattle depicting him during their performance. Most specialists believe that the protruding tongue held in the beak of the bird signifies a communication or transfer of power.