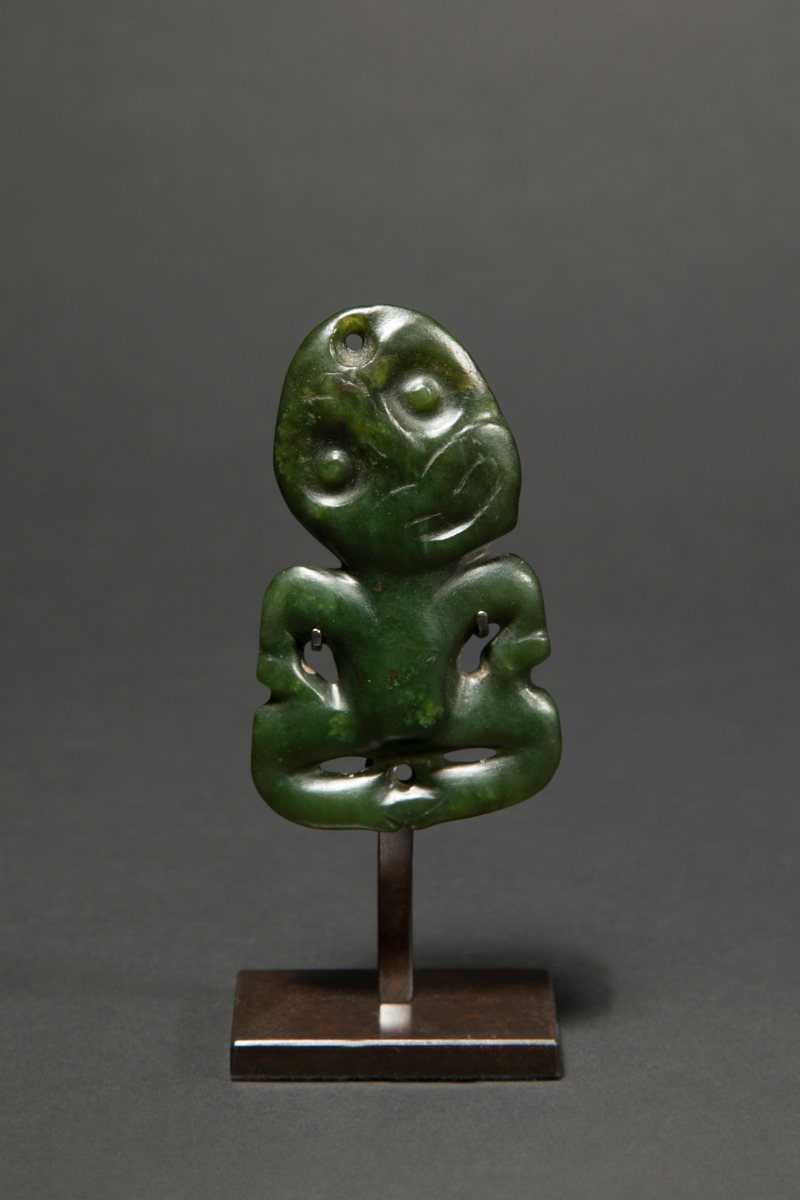 Read More
This carved figure is a representation of the Maori people’s original ancestor. This Hei Tiki pendant was carved in a superb piece of nephrite (poumanou in the Maori language). This stone, which is found only on the South Island of New Zealand, was a prestigious material and particularly prized by the Maori for its hardness and its color. The figure is shown head-on, its head leaning to the left, and sticking its tongue out – the symbol of the power of the warrior in Maori art. The facial features (bridge of the nose, mouth, eyes) are delicate, carved deeply into the stone.
Hei Tiki were worn around the neck on a narrow cord of woven fibers. These ornaments were prestigious, and were transmitted from generation to generation, which explains the patina from use and the marks from wear at the angles of the sculpture and around the hole where the cord was passed. Hei Tiki were supposed to confer the protection of the ancestors of the clan to the wearer, with the clan’s affiliation going back to the first man, the Tiki.

Regarding the provenance, this hei tiki pendant was formerly in the family collection of George Rhodes, one of the first white farmers/settlers in New Zealand. G. Rhodes arrived there in the 1830s, worked land in the Hawkes Bay and Canterbury. For his full story, see A.E. Woodhouse's 1937: "George Rhodes of the Levels and his brothers - Early settlers of New Zealand: particularly the story of the founding of the Levels, the first sheep station in South Canterbury"