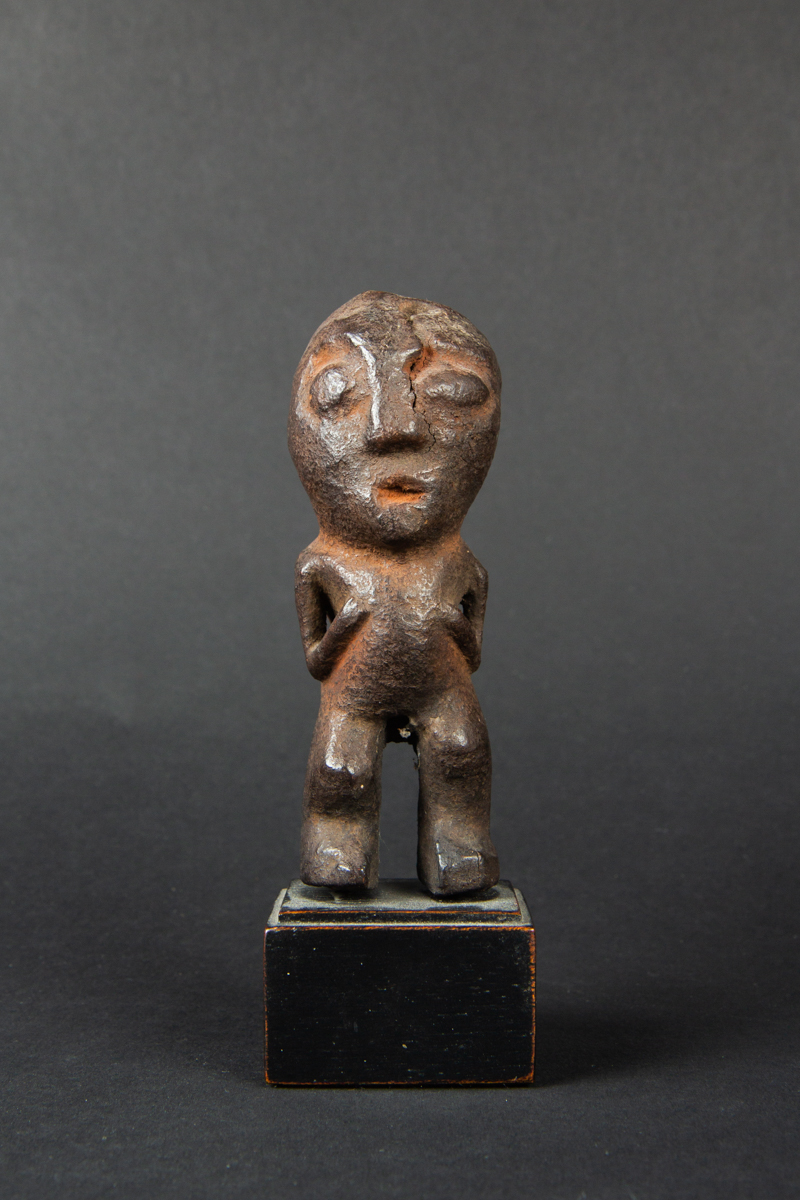 Read More
Mu’po figures were used by the Bamoun and Bamileke peoples (Grassland, Cameroon) for therapeutical and divination purposes.
They served various functions: they were part of Ku'n'gan maskerades, played the role of hunting charms, here hung on the warriors' belts to divert the enemy, placed in the fields to protect the crops or used by pregnant women for fertility... According to Pierre Harter (Arts anciens du Cameroun, 1986, p. 269), "the position of the hands can vary from one statuette to another, each gesture symbolizing a topic. When hands are on the clavicles or shoulders, they ward off evil spells."