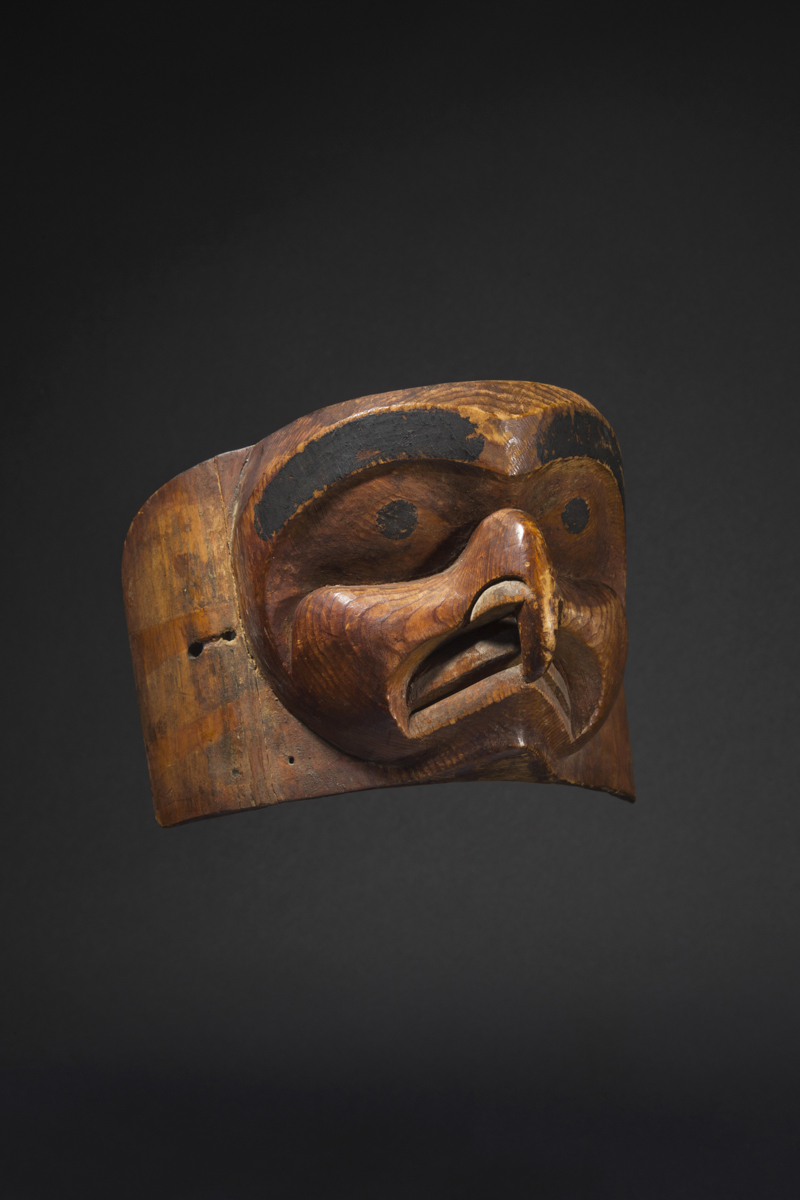 Read More
This type of headdress frontlet was part of the ceremonial regalia of a high-ranking individual, in all probability a chief. It was worn during shamanic rituals, dances and ceremonies, especially for potlach.
The bird-man figure at the center of the frontlet is a clan crest and refers to the myths and spirit-guides associated with the possessor’s personal history and that of his family.
The sculpture is powerfully expressive. The painted decoration is sober and reinforces the impression of strength and sacredness that emanates from this ceremonial ornament.
As far as provenance is concerned, this frontlet belonged the antiques dealer Philip Holstein, an expert and museum curator. In the 1970s, he ceded it to Charles Murphy, a Chicago architect who was also a great collector of American Indian art.