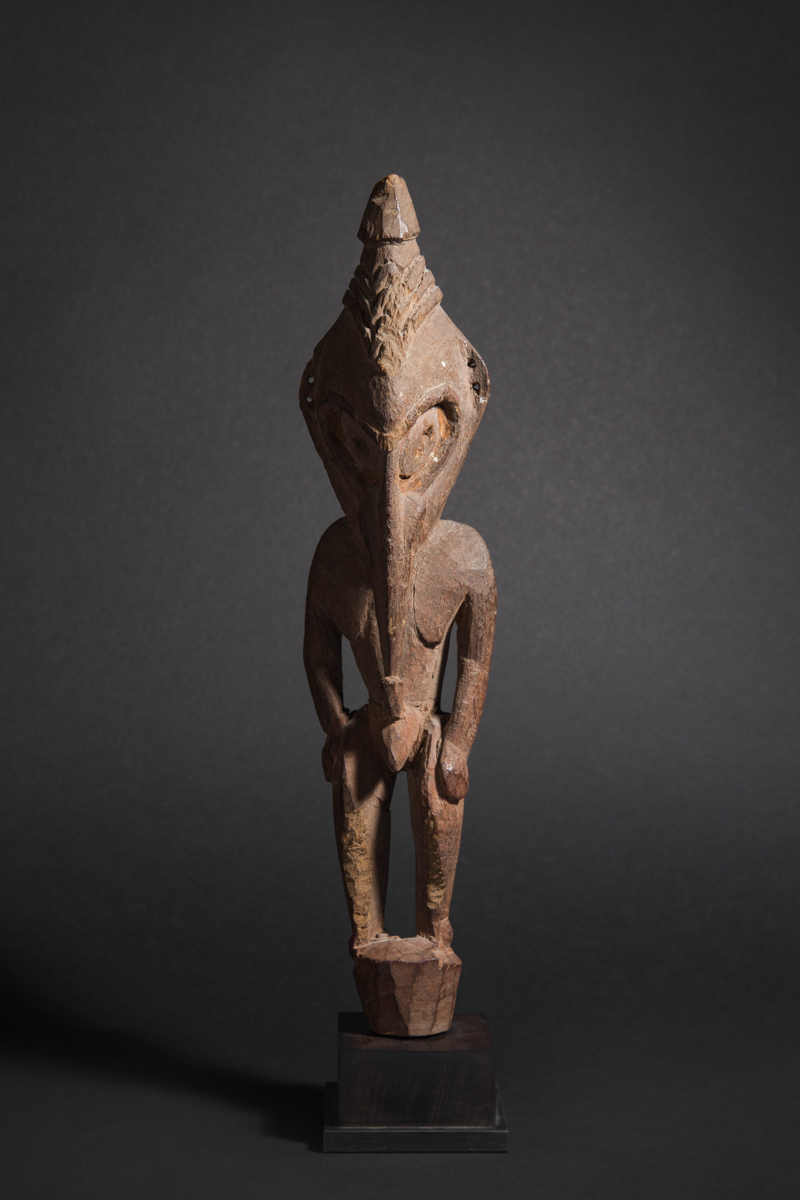 Read More
The strikingly dynamic figure presented here is emblematic of the cultures of the mouth of the Sepik.
This incarnation of a mythological spirit associated with the clan played a preponderant role in the process of initiation of young men and at other events marking different stages in their lives (war, rituals, social events, etc.).
Guarantors of the clan’s well being, these figures were kept in the Men’s House. A place for sharing and discussion, the Men’s House constituted the very heart of the ceremonial life in the villages of the Lower Sepik.
We can compare this sculpture with several related examples collected on behalf of German museums at the beginning of the 20th century (see “Kunst Vom Sepik“, Heinz Kelm, Museum für Völkerkunde, Berlin, 1966).
Firmly planted on his two legs, this long-nosed figure seems to scrutinize us with his magnetic gaze.