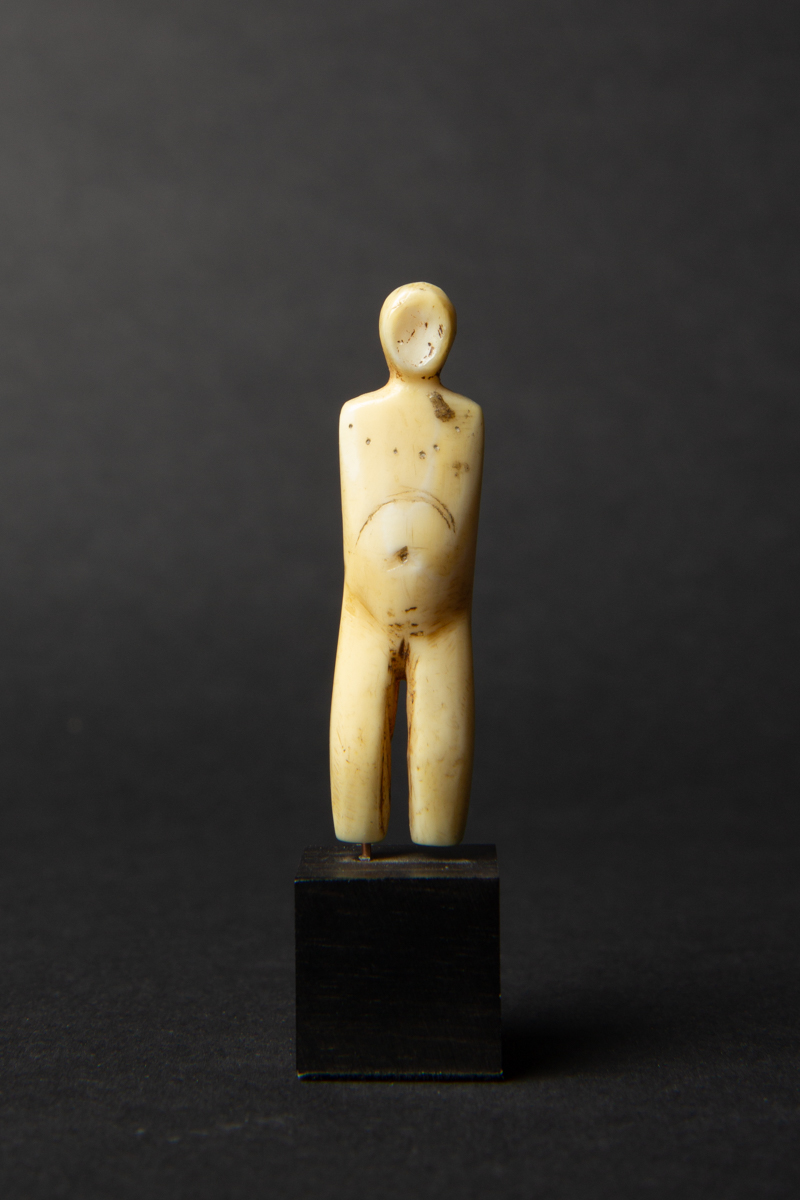 Presumably the depiction of a pregnant woman

Read More
According to Fitzhugh et Kaplan (Inua: Spirit World of the Bering Sea Eskimo, 1982 : 156), these shamanic figurines were carved for several purposes: to stand in for people absent from the village during festivals, to avert infertility, or else to focus the attention of animal inua (spirit) during the Doll Festival, which was held to bless hunting and fishing expeditions in the coming year.