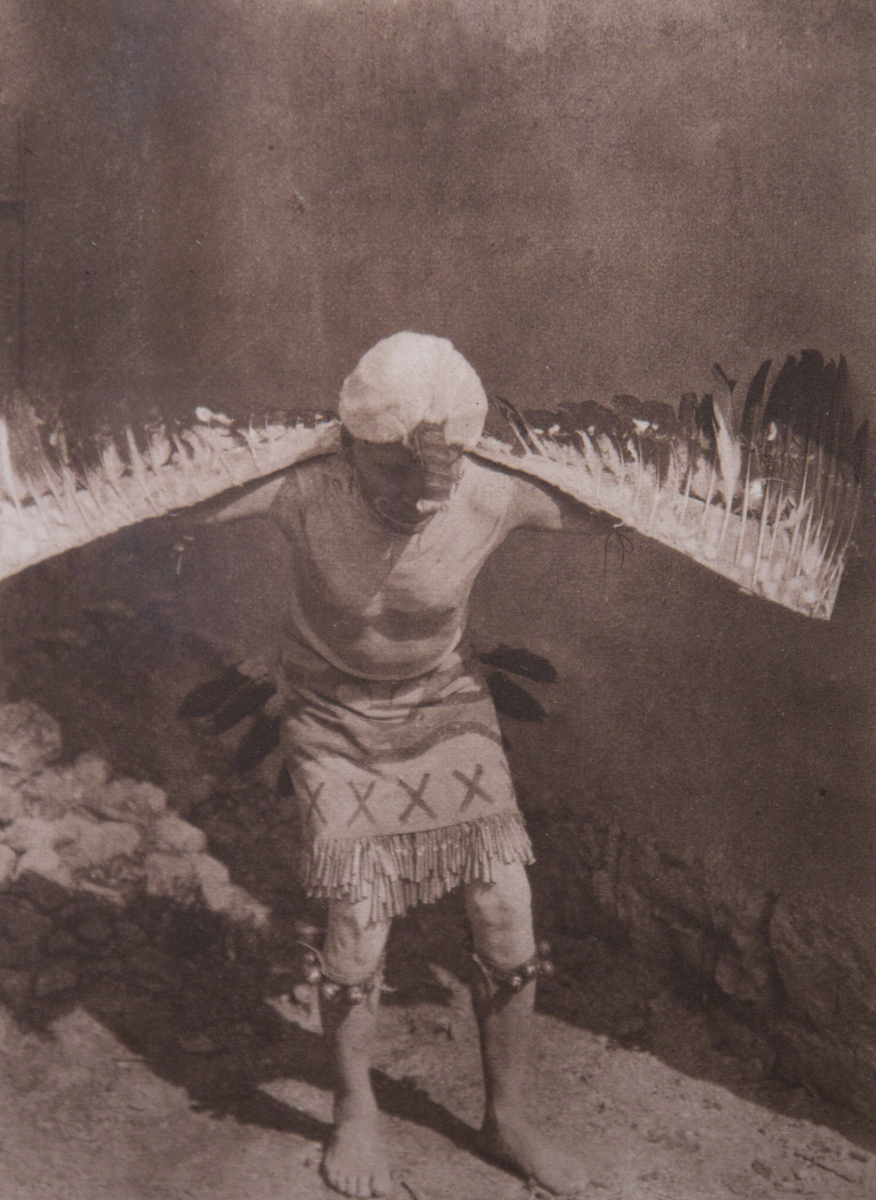 Read More
Edward S. Curtis (1868-1952) is one of America's finest photographers and ethnologists.
He devoted 30 years of his life photographing and documenting over eighty Native American nations, crisscrossing the United States from the Mexican border to northern Alaska. With the support of President Theodore Roosevelt and J. Pierpont Morgan, he completed his project in 1930. His work, entitled The North American Indian, consisted of 20 volumes, each containing 75 hand-pressed photogravures and 300 pages of text. Each volume was accompanied by a corresponding portfolio containing at least 36 photogravures.

This image is the rare photographic record of a kachina dance in San Ildefonso, a Tewa-speaking Pueblo at the foot of Black Mesa, north of Santa Fe in New Mexico.