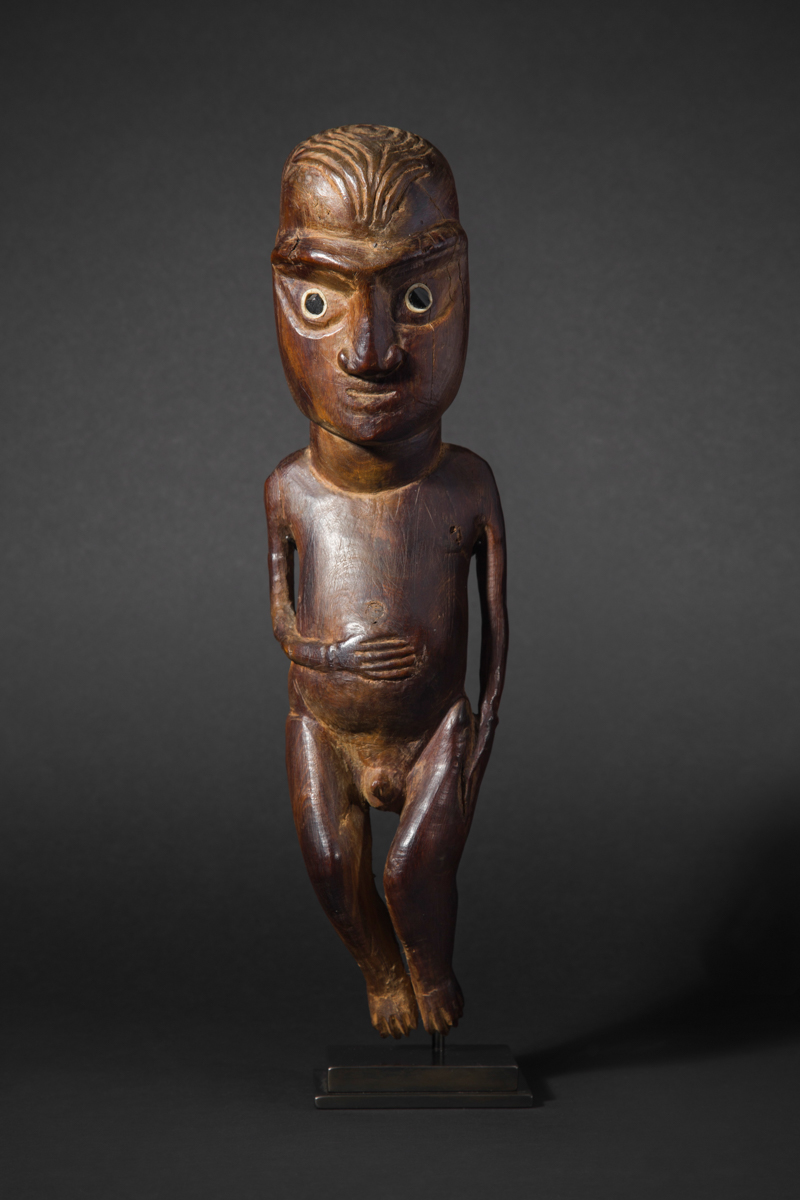 Read More
Rapa Nui, Easter Island, is a name that all by itself evokes mystery, the dream of far-away places, and ocean voyages. After reading descriptions of them by explorers and authors such as Pierre Loti, generations of artists and collectors had their imaginations ignited by Moai, those stone giants with piercing eyes.
Isolated at the heart of the Pacific Ocean, the Island of Rapa Nui came to be known in Europe as Easter Island after the Dutch expedition led by Jakob Roggeveen which landed there on Easter Sunday, 1722.
James Cook’s second voyage ( 1774) revealed the existence of « human figures made of narrow pieces of wood about eighteen inches or two feet long and wrought in a much neater and more proportionate manner than the (...) (stone) statues. They were made to represent persons of both sexes; (…) there was something characteristic in them, which showed a taste for the arts » (A Voyage Towards the South Pole and Round the World, James Cook’s Second Voyage, 1772–1775, §7).
They served in domestic worship ceremonies honoring ancestors and tutelary divinities, and also as vectors of magical protection.
Mysterious and fascinating, the art of Rapa Nui, which rapidly became iconic of the Pacific arts, constantly evolved throughout the 19th century, right up until the death of the last inhabitants and sculptors of the island.
This male figure is a very rare example of the ancient art of Easter Island, evidencing attributes and postures seen in classic moai tangata, moai vie and moai papa figures. Our sculpture is distinguished by the subtlety of its contours, providing a perfect counterpoint to the enigmatic power and intense expressivity of the face.
Acquired prior to 1955 by Alan Wurtzburger (1901-1963), this figure belonged to the Baltimore Museum of Art (inventory number 55.251.184) until 1984, and in particular, was exhibited from January 7th to March 4th, 1956 in the museum show « The Alan Wurtzburger Collection of Oceanic Art ».