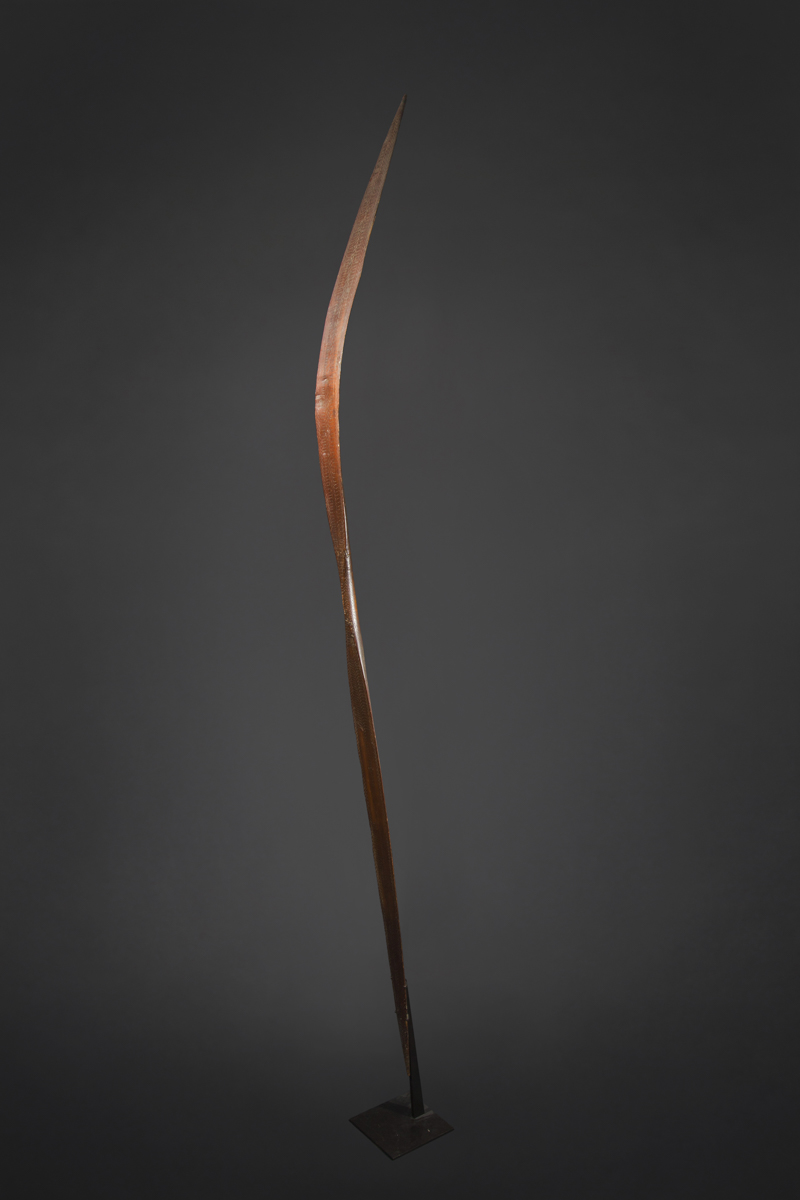 Read More
This bow has an exceptional purity of forms.

It has the appearance of a two-bladed paddle, the limbs each consisting of a thin blade tapering to a point at the upper and lower ends respectively, and being merged into a thin handle in the centre. The example presented here has a rare ornamentation made of incised geometrical motifs along the surface of the bow.
The deep patina attests to the age and use of this rare bow that we can date back to the second half of the 19th century or very early 20th century.

The first European traveler who mentioned the Andamans Islands was none other than Marco Polo who described them unflatteringly as « the land of the head-choppers » in 1298 !
Bid the mid-19th century, the British seized the Andaman Islands and united them with the Nicobar islands before turning the Andaman Islands into a penal colony.
Decimated by foreign diseases, and later deported to India, the native population dwindled and verged on extinction by the turn of the 20th century.
The total Andaman population was estimated to 700 inhabitants by 1950. Today, the tribe has been reduced to some 50 people, with less than 50% of them adults.
This bow constitutes a rare and touching testimony of long-gone techniques of the warriors and hunters of the Andaman Islands.
The shape of this bow is highly reminiscent of Constantin Brancusi’s « Oiseau dans l'espace » (Bird in Space) sculpture...